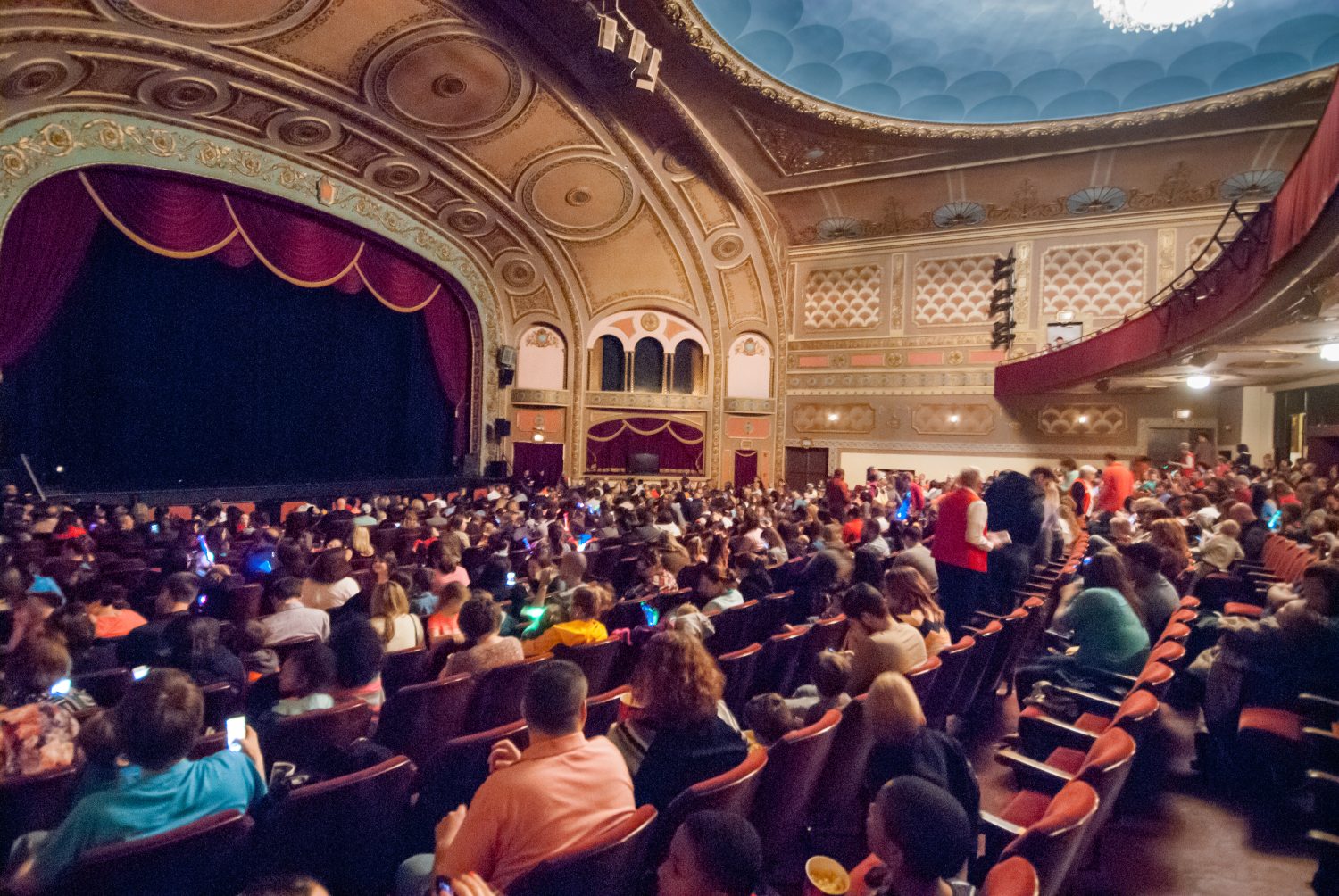 The Renaissance Theatre opened as a movie palace in 1928 and is now an exciting performing arts center dedicated to providing world-class entertainment and arts education programs to the people of Richland County and beyond. Presenting a diverse lineup of arts and entertainment each season, the theatre is home to the Mansfield Symphony and the Miss Ohio Scholarship Program. Having recently completed a 5 million dollar expansion and renovation project, the theatre now offers the best in patron amenities with new restroom facilities, a modern two-story atrium lobby, and an elevator, which offers complete handicapped accessibility. The theatre presents the Mansfield Symphony, local Broadway productions, a full slate of concerts in every genre, comedy shows, and original works. Guests are invited for backstage tours. The theatre is available for rentals, weddings and receptions. Visit www.rentickets.org for a complete list of events

Theatre 166, a Black Box venue, is the first additional venue of the Renaissance Performing Arts Association. Located at 166 Park Avenue West, Theatre 166 aims to not only foster artistic development but also broaden the Renaissance Performing Arts Association’s audience base while offering greater outreach by providing a wider range of theatrical experiences for our community. The theatre has seating for 125 with handicap access.

Sit in the very same seats where the premiere of The Shawshank Redemption was shown on Tuesday, September 13, 1994.

Visit ShawshankTrail.com for information on all filming sites.

General Scoop & History:  The Renaissance opened its doors in 1928 as the Ohio Theater, a magnificent movie palace built in the “Grand Baroque” style by the Variety Amusements, Inc. (soon after bought out by Warner Brothers Management Co.). With its marble floors and stairways, its one-and-a-half-ton crystal chandelier, its imposing “Mighty Wurlitzer” theatre organ, and its breathtakingly beautiful 1400-seat auditorium, it’s the premiere showcase as well as the home of The Mansfield Symphony, Miss Ohio Pageant, Neos Dance, Broadway Series and Mansfield Symphony Youth Orchestra.

Haunted Testimonials & Tidbits:  Patrons and employees alike have reported many ghostly encounters over the years. Footsteps have been heard on the elegant grand staircase and along the dark hallways and twisting corridors outside the second-floor grand ballroom. Spectral figures have been spotted in the balcony. Disembodied voices, laughter and even music have been heard coming from the theatre – long after the audiences have gone.

The projection booth is the purported haunt of “Pete” – who took up residence at the Renaissance shortly after his beloved projector was transplanted here from the demolished Madison Theatre down the street. The wall sconces in the elegant marbled grand salon in the lower lobby are said to have a mind of their own and, when the building is unlocked in the morning, are often found turned completely upside-down.

Whispered voices have been heard in their catacomb-like rooms under the stage – and on more than one occasion, actors and crew members have seen a shadowy “woman in white” standing in the wings during a performance. The most haunted area of the theatre is the lobby, which was where theatre manager Edward Rafter was murdered in a botched robbery attempt on the night of Oct. 30th, 1929. A man disguised in women’s clothing shot Rafter four times and then fled into the night. For over eighty years, witnesses have reported seeing a forlorn Rafter pacing back and forth along the marble floor– and some have even seen the ghost of his assailant, hiding menacingly in the darkest corner of the lobby.

What to Expect:  A tour of the Renaissance Theatre will be given to participants and known hot spots and paranormal occurrences will be pointed out. Guests are then welcome to proceed with their paranormal investigation. We go backstage and in the basement area, all throughout the upstairs ballrooms and even camp out in the bathrooms where we have had paranormal experiences.

Visit HauntedMansfield.com for information on all Haunted sites.

Bring your group to a show or tour the breath-taking Renaissance Theatre, a 1928 vintage movie palace. The guided tour will give you a peek behind the scenes, learn about the grand chandelier, hear celebrity stories, a walk across the 48 ft. stage to see the view of the stars & enjoy freshly popped popcorn & soda.

A cost-effective and advantageous location for business meetings and presentations, the Renaissance Theatre provides an inviting atmosphere of extravagance and charm, yet offers hassle-free, productive meetings at affordable prices. We offer a one-of-a-kind establishment that can provide you with the work space, banquet facilities, and overnight accommodations you need. The Renaissance Theatre is conveniently connected by a skywalk to the 139-room Holiday Inn Hotel & Suites. So, when business ends and play begins, there is a restaurant for fine dining, a lounge for socializing, and an indoor pool for a relaxing swim. 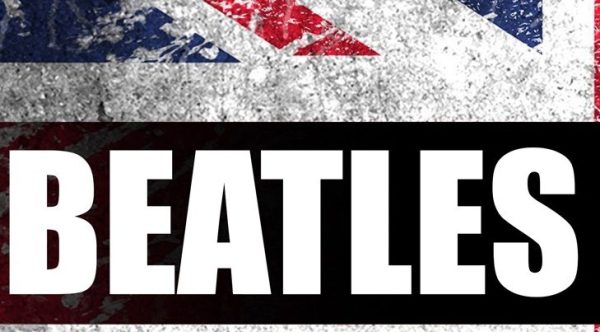 BEATLES VS. STONES: A MUSICAL SHOWDOWN at Renaissance Theatre

BUY TICKETS The British Invasion brought us the two most popular rock groups of all time, the Beatles and the Rolling Stones, as well as the liveliest debate in rock history – which band is the ...
May 8 @ 8:00 pm
Renaissance Performing Arts Association Map, opens in a new window
Renaissance Performing Arts Association • 138 Park Ave. W.
Mansfield, OH 44902 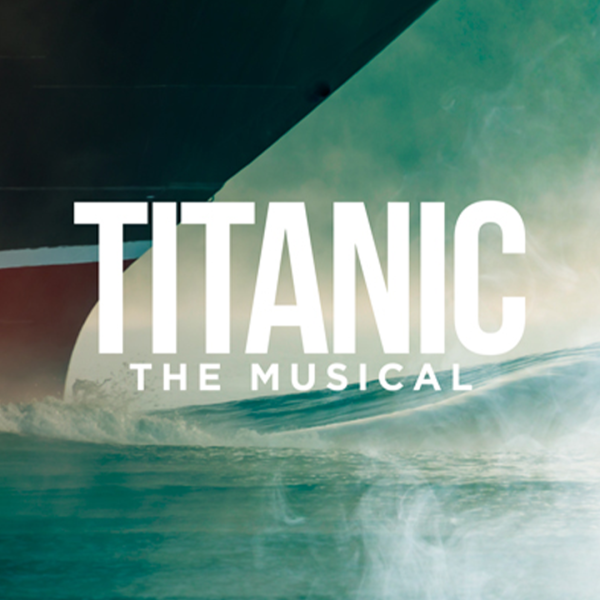 BUY TICKETS The sinking of the Titanic in the early hours of April 15, 1912, remains the quintessential disaster of the twentieth century. A total of 1,517 souls—men, women and children—lost their...
May 21 @ 8:00 pm
|Recurring Event (See all) 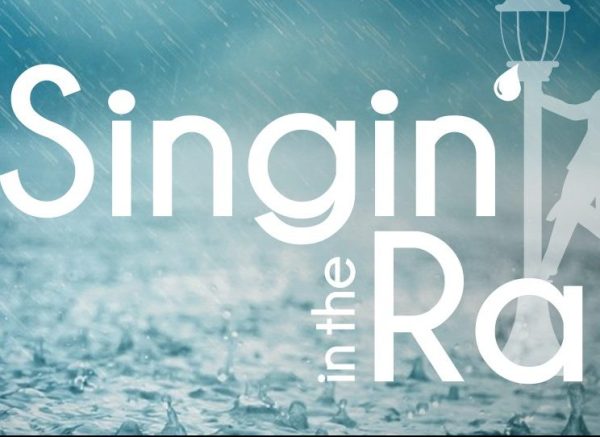 SINGIN’ IN THE RAIN at the Renaissance Theatre

BUY TICKETS Tap your toes and sing along in this splashy adaptation of the celebrated and beloved film. The “”Greatest Movie Musical of All Time”” is faithfully and lovingly ad...
May 29 @ 7:00 pm
|Recurring Event (See all)

SINGIN’ IN THE RAIN at the Renaissance Theatre

BUY TICKETS Tap your toes and sing along in this splashy adaptation of the celebrated and beloved film. The “”Greatest Movie Musical of All Time”” is faithfully and lovingly ad...
May 30 @ 3:00 pm - 5:00 pm
|Recurring Event (See all)