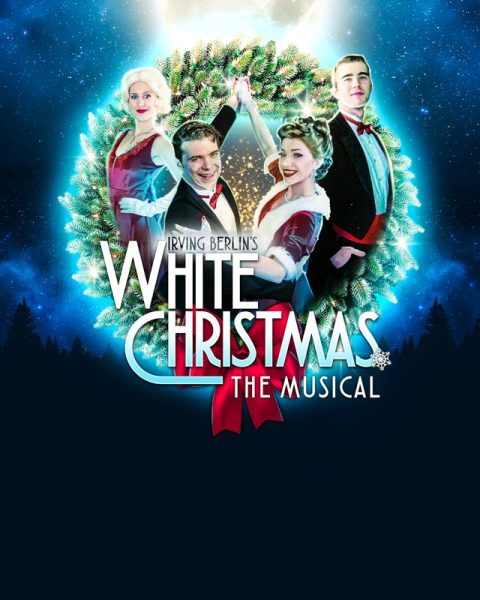 Entertain all the family at the Renaissance Theatre with the spectacular, toe-tapping production of Irving Berlin’s classic musical, White Christmas.

“This terrific dose of pure escapism” (The Times) will be lighting up The Renaissance this November.

Join veterans Bob Wallace (John Broda) and Phil Davis (Ryan Shreve) as fuelled by love, the all singing, all dancing duo follow the stunning Haynes Sisters, Betty & Judy (Caroline Grace Williams & Samantha Woodill) to a Vermont lodge for a special Christmas show. Their journey takes a misstep, and their rhythm is thrown off when they discover the lodge happens to be owned by Bob and Phil’s old Army General (Scott Smith) and is in desperate need of their help.

A tale of love and friendship, White Christmas features the dazzling songs Blue Skies, Sisters and the most famous festive song of all, White Christmas. Brought to life by director Michael Thomas, music director Kelly Knowlton, and choreographer Caroline Grace Williams. Get in the holiday spirit with this timeless romantic comedy to warm the hearts of all ages.

Due to overwhelming popularity, 2 additional shows have been added for a total of 6 performances of White Christmas the musical. Don’t miss this musical and magical holiday classic as Irving Berlin’s White Christmas will be presented November 12-14 & Nov. 19-21.

How do I get tickets?

Get ready for jam-packed family fun at the Ren in Mansfield, Ohio. Get tickets as low as $15! For tickets, visit rentickets.org

The Ren is proud to be supported by Destination Mansfield, visit their attractions page at https://www.destinationmansfield.com/venue/renaissance-theatre/

Above all, the Ren would like to thank their Broadway Series Presenter, Park National Bank, for making this event possible.

The Renaissance Theatre is a performing arts theater located at 138 Park Avenue West, Mansfield, Ohio. Looking for Things to Do in Mansfield? Visit rentickets.org to check out their other great events or contact renaissance@mansfieldtickets.com for events, tours, arts, culture and more. For behind-the-scenes videos and more visit the Ren’s YouTube Channel.