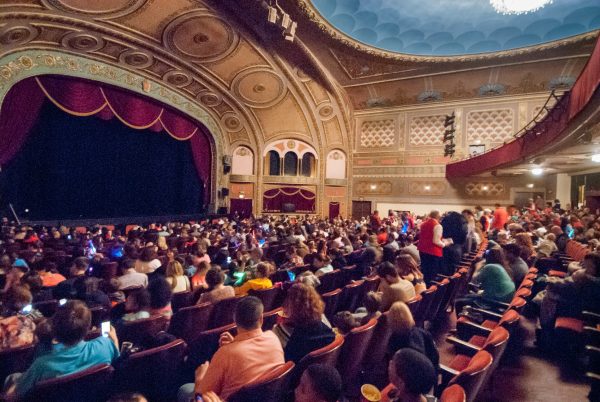 The Music Man at the Renaissance Theatre

Funny, warm, romantic and touching, The Music Man is family entertainment at its best. Meredith Willson’s six-time, Tony Award-winning musical comedy has been entertaining audiences since 1957 and is a family-friendly story to be shared with every generation.

The Music Man follows fast-talking traveling salesman, Harold Hill, as he cons the people of River City, Iowa, into buying instruments and uniforms for a boys’ band that he vows to organize—this, despite the fact that he doesn’t know a trombone from a treble clef. His plans to skip town with the cash are foiled when he falls for Marian, the librarian, who transforms him into a respectable citizen by curtain’s fall.

This award-winning, critically acclaimed Broadway classic is an all-American institution, thanks to is quirky characters, charmingly predictable dramatic situations and one-of-a-kind, nostalgic score of rousing marches, barbershop quartets and sentimental ballads, which have become popular standards.