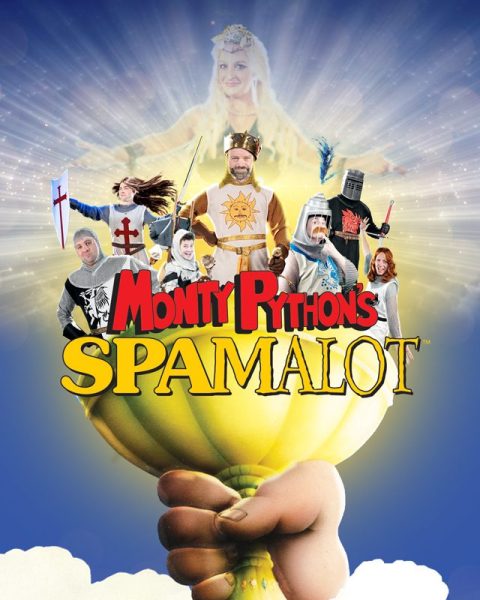 Spamalot the Musical at Renaissance Theatre

You don’t want to miss this international stage hit, lovingly ripped off from the classic film Monty Python and the Holy Grail: Spamalot the Musical!

“You can’t prevent yourself from laughing even if you want to” (Journal News).

Reserve your seat now at https://bit.ly/SpamalotDM

About Spamalot the Musical:

An unforgettable story filled with flying cows, killer rabbits, taunting Frenchmen and show-stopping musical numbers, Spamalot the Musical contains a plethora of humorous oddities that has continuously exhilarated audiences for years. Spamalot, which has won three Tony Awards including Best Musical, is outrageous, uproarious and endlessly entertaining. Not only that, Spamalot is a type of comedy that will leave you “looking on the bright side of life”. 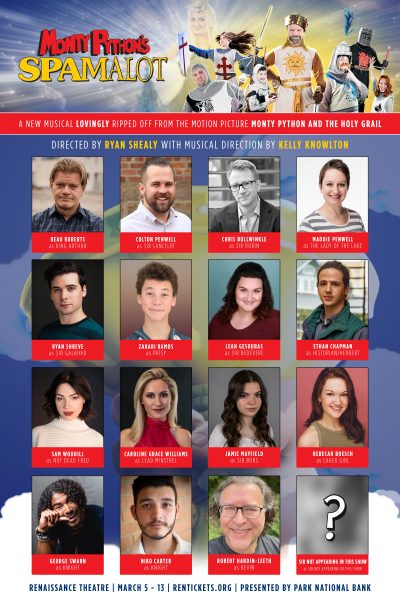 How do I get tickets?

Get ready for this smash-hit musical is coming to the Ren in Mansfield, Ohio. Get tickets as low as $15! For tickets, visit https://bit.ly/SpamalotDM

The Ren is proud to be supported by Destination Mansfield, visit their attractions page at https://www.destinationmansfield.com/venue/renaissance-theatre/

Above all, the Ren would like to thank their Broadway Series Presenter, Park National Bank, for making this event possible.

The Renaissance Theatre is a performing arts theater located at 138 Park Avenue West, Mansfield, Ohio. Looking for Things to Do in Mansfield? Visit rentickets.org to check out their other great events or contact renaissance@mansfieldtickets.com for events, tours, arts, culture and more. For behind-the-scenes videos and more visit the Ren’s YouTube Channel.

Monty Python’s Spamalot retells the tale of King Arthur and his Knights of the Round Table and their pursuit for the Holy Grail, a quest given from God. Their adventures take them across uncharted lands and straight into the hands of odd characters.
Brought to you by our proud Broadway Series Presenters: Park National Bank of Mansfield.
Secure your tickets before they’re gone! Visit: https://bit.ly/SpamalotDM.