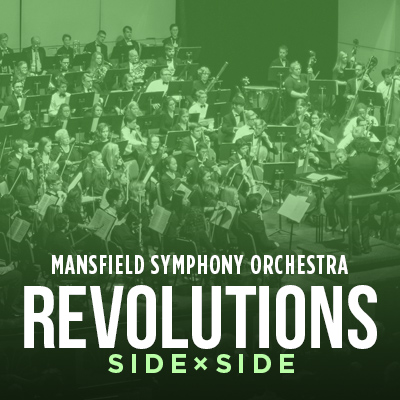 Prepare to be transported to the revolutionary year of 1917! Shostakovich’s 12th Symphony, performed side-by-side with the Mansfield Symphony Youth Orchestra, showcases a dramatic narrative with mastery of symphonic form. In its brisk, martial opening, the melodies we hear are based on the revolutionary songs that conveyed anti-tyrant messages in 1917. In the second, the tempo slows and the seriousness grows, as Shostakovich quotes his early Funeral March for the Victims of the Revolution. The symphony’s dramatic climax comes in the third movement, a scherzo named for the Aurora, the ship that opened fire on the Czar’s Winter Palace—another revolutionary “shot heard ‘round the world.” Finally, the fourth movement presents triumphant resolution and Lenin’s paternal benevolence in “The Dawn of Humanity.” This is a concert to feel the power of the human spirit through adversity and triumph.