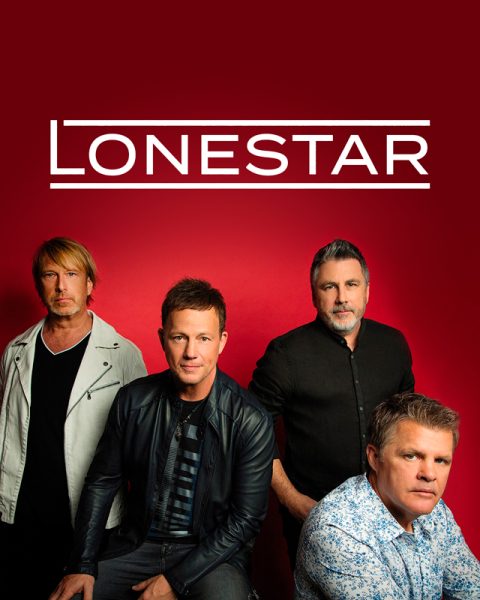 Known for merging their country roots with strong melodies and rich vocals, Lonestar, comprised of Richie McDonald (lead vocals), Michael Britt (lead guitar & backing vocals), Keech Rainwater (drums), and Dean Sams (keyboards & backing vocals), has amassed RIAA-certified sales in excess of ten million album units since their national launch in 1995, and achieved ten #1 country hits including “No News,” “Come Crying To Me,” and their crossover smash “Amazed” (which was also #1 on the Billboard Hot 100, the first record since 1983’s “Islands in the Stream”, to top both charts). The band’s awards include a 1999 ACM Single of The Year for “Amazed” (the song also won the Song of the Year award), and the 2001 CMA Vocal Group of the Year. In the love that binds them to their fans, in the music that makes them as fresh and vital as any other band in county music, they are and will always be true believers … truth seekers… story tellers … Never Enders.