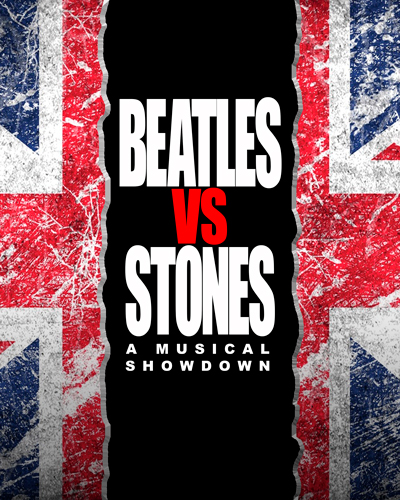 Beatles vs. Stones: A Musical Showdown

The British Invasion brought us the two most popular rock groups of all time, the Beatles and the Rolling Stones, as well as the liveliest debate in rock history – which band is the greatest? These two legendary bands will engage in an onstage duel of mini power sets, an experiential “musical showdown” featuring internationally-renowned tribute bands, Abbey Road and Satisfaction–The International Rolling Stones Show.