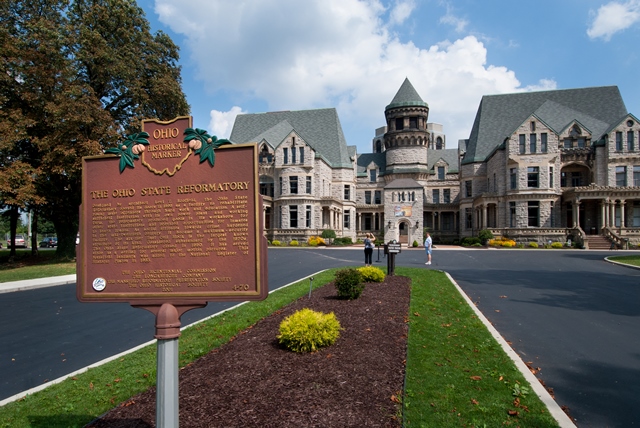 The filming of The Shawshank Redemption sparked more than just a shot in the arm to the economy of Richland County. Originally, the community benefited from the influx of visitors, actors and crew that flooded into town back in 1993. But the influence of Shawshank does not stop at monetary value. The book, the film, the trail and the history of the area provide ample learning opportunities for anyone willing to start the journey. The scope of the Shawshank experience covers diverse ground, from literary and film analysis, to its historical and cultural impacts.

Maura Grady and Tony Magistrale are both college professors and co-authors of the book The Shawshank Experience: Tracking the History of the World’s Greatest Movie. Each teach film and literature courses focused specifically on The Shawshank Redemption. Grady and Magistrale both felt that the lessons of the Shawshank experience were invaluable and needed to be mined further. Their book delves into diverse subjects such as analysis of both the movie and the book it was based on, history of The Ohio State Reformatory, incarceration history in the US, the Hollywood success of the film and the tourism boom it created in Richland County. Now students can benefit not only from the classes, but from a broad-spectrum research text. This is especially good for students who may read the book and see the movie, but are unable to gain first-hand experience.  Not only did students help with the research for the book, they also conducted the research during the 2013 filming reunion and 2014 anniversary event that enhanced the creation of marketing strategies for The Shawshank Trail created by Destination Mansfield – Richland County.

The Shawshank Trail is a driving tour that hits all the major filming sites of The Shawshank Redemption (though a plane would be needed to reach the 15th site in St Croix). The trail was established in 2008 as more and more fans came out of the woodwork and tourism numbers climbed steadily into the thousands. Every site has a unique history and even the smallest get recognition and visits from excited fans. The most easily recognized site is The Ohio State Reformatory, aka Shawshank Prison. This historic building was saved from being demolished by the hard work of The Mansfield Reformatory Preservation Society and in no small part by Shawshank fans. This cornerstone of the community has brought in revenue, created community pride and is a historical wealth of information.

In April 2017, Brianna Winemiller, a Spanish Education major at Liberty University, completed a research paper titled “The Shawshank Redemption and Hope for Mansfield, Ohio.”  Her paper explores the classic film and its impact on the culture where it was filmed. Winemiller asserts that in a time of economic hardship, “The Shawshank Redemption possessed the power and the poignancy to bring interest, revenue, and town appreciation back to Mansfield.” She shows how in Mansfield a majority of the tourism, and therefore a great amount of income, revolves around “film tourism.” This even comes down to local businesses offering Shawshank themed products, such as Reformatory Red wine, Shawshank Sundae, Redemption Pizza Pie and Jail House Java. Winemiller toured The Reformatory and saw many of the sites before ever going to college. She worked at The Ohio State Reformatory this summer and had the privilege of seeing the thesis of her paper play out in front of her. Visitors to the Reformatory and travelers on The Shawshank Trail shared their stories with her. Winemiller says she came out of the whole experience with a greater appreciation for her roots. “I expected to go to college and find that the world was a big interesting place… but it made me realize how special my own town is.” She plans to work at OSR next summer and hopes to continue volunteering there, saying, “I want to keep being a part of this.”

Even with the 25th anniversary of the movie coming up and Morgan Freeman being in his 80’s, The Shawshank Redemption is still teaching lessons and gaining new fans. It is the personal journey through the Shawshank experience, whether as a tourist or a student, which facilitates exploration, conversation and inspiration. Whether you are a history buff, a film enthusiast, a reader or a photo bug, there is something for you to gain from the Shawshank experience.