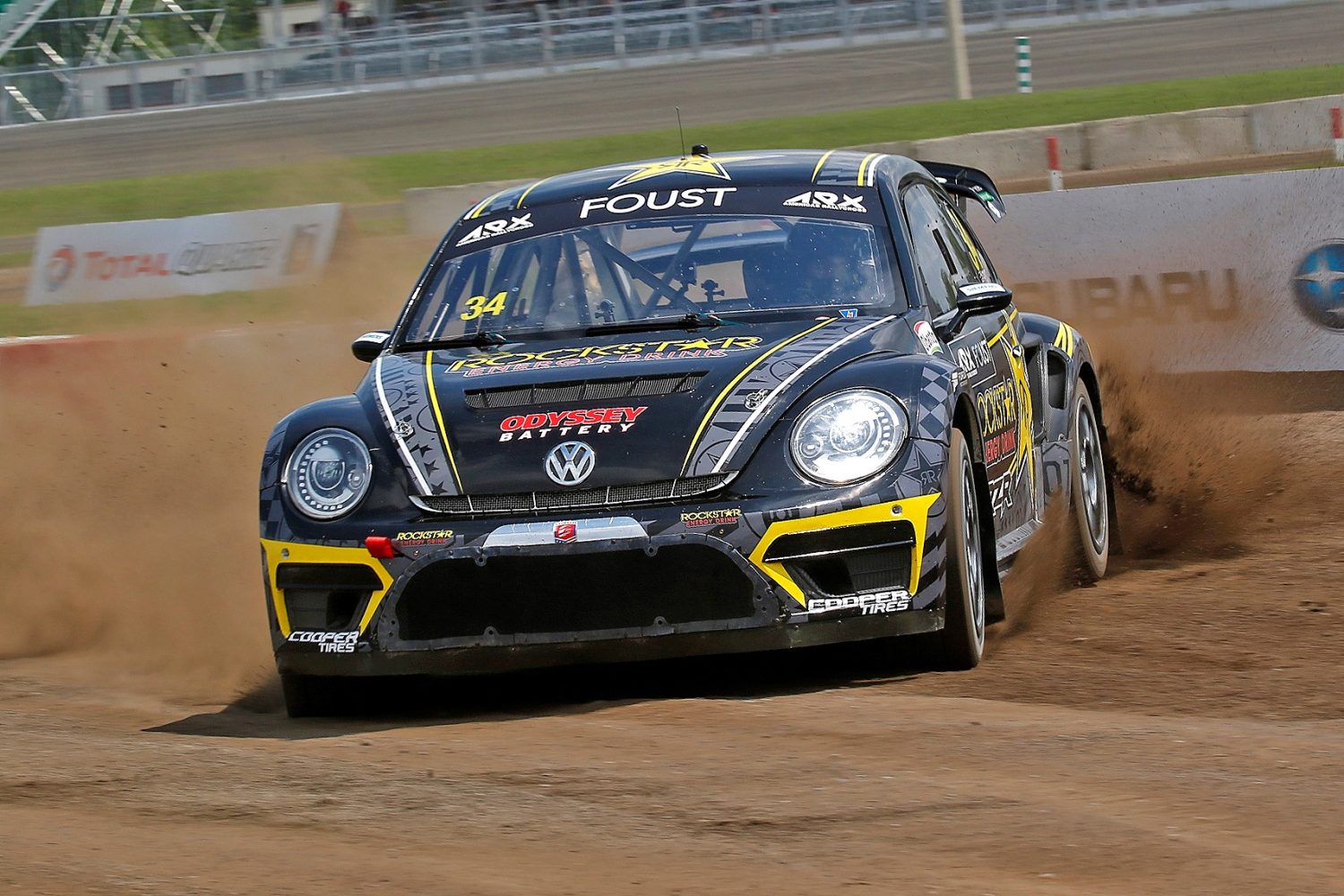 A brand new event will feature racing on the asphalt and dirt of a purpose-built track this weekend at the Mid-Ohio Sports Car Course. Americas Rallycross (ARX) makes its Midwest debut during the Cooper Tires ARX of Mid-Ohio, June 8-9, in Lexington, Ohio. Featuring 600 bhp cars launching from 0-60 mph in less than 1.9 seconds, fans in the Midwest will now experience the most emphatic form of motorsports in North America up close and personal.

Drivers Scott Speed, Tanner Foust, Steve Arpin, Patrik Sandell, and Chris Atkinson among others, will put their dynamic driving skills to the ultimate test through the pavement, dirt, and air of Mid-Ohio. The action-packed schedule features practice, qualifying, and final races for ARX Supercar along with the action-packed ARX2 class and the dynamic entry-level Sierra ARX3 class.

“It’s a thrill to bring Americas Rallycross to Mid-Ohio for the first time as most of our fans have never seen this form of racing live before,” said Craig Rust, president of Mid-Ohio Sports Car Course. “The racing is so fast-paced with cars fender-to-fender racing and sliding on both dirt and pavement. It will really be a great show!”

Rallycross cars will race in three separate categories in five final races across Saturday and Sunday on a 0.761-mile circuit built in the famed “keyhole” section of the track. The circuit also includes a jump. The course runs in a clockwise direction and features 60 percent sealed surface (asphalt) and 40 percent unsealed surface (dirt) and a joker lap adding 0.0571 of a mile extension solely of asphalt. 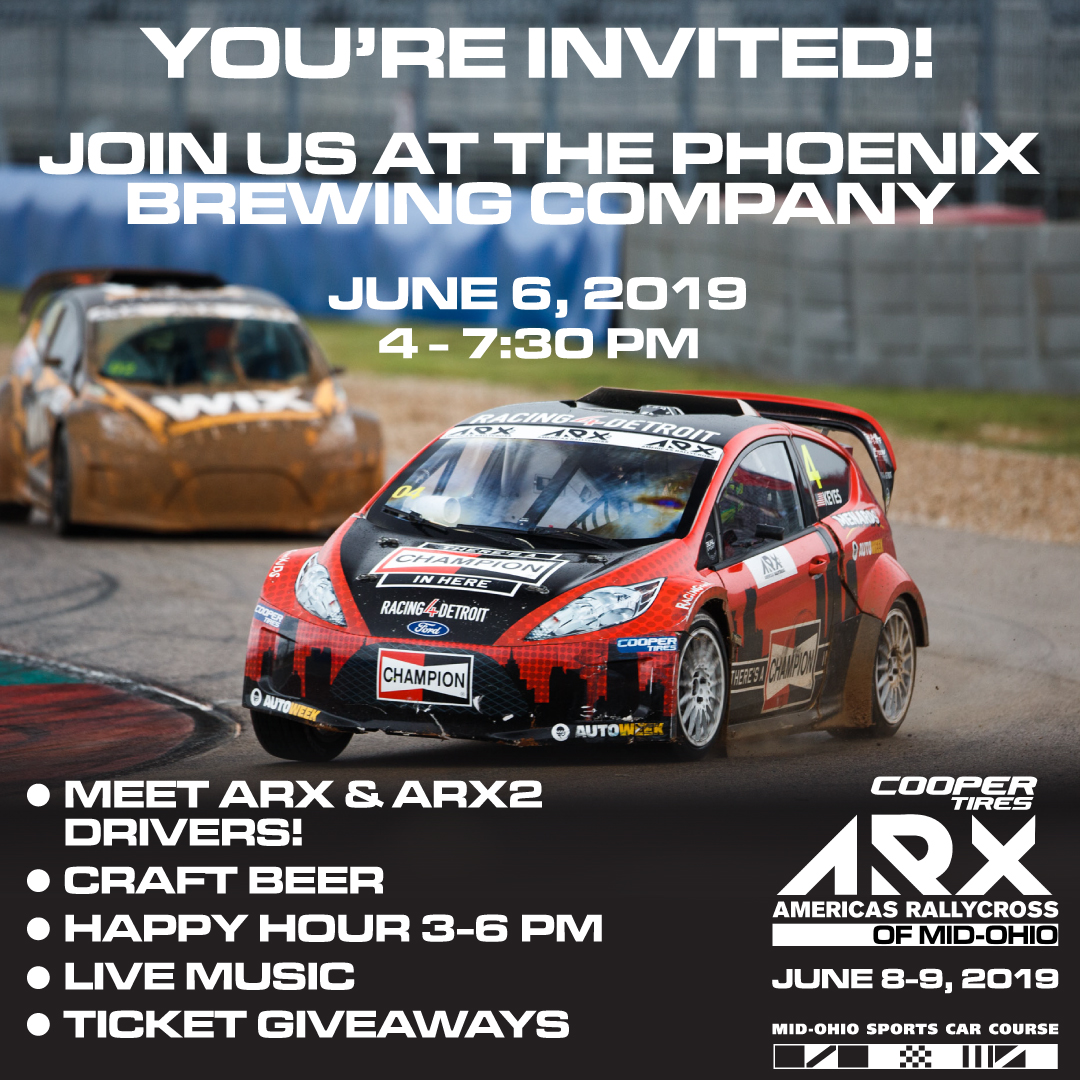 This will be the first of two rallycross events at Mid-Ohio Sports Car Course in 2019 with the second one as the finale for the ARX season when series champions will be crowned, October 5-6. A new ARX support class will debut at Mid-Ohio with the entry-level Sierra ARX3 cars. Some of the teams involved in the sport include Andretti Rallycross, Dreyer & Reinbold Racing, Loenbro Motorsports, and Subaru Motorsports USA. The complete ARX driver line-ups and cars will be posted online at arxrallycross.com as additional team announcements will be released this week.

The weekend gets started with the Mid-Ohio Rallycross Party at The Phoenix Brewing Company (131 N. Diamond St., Mansfield, OH 44902) on Thursday, June 6, from 4 p.m. – 7:30 p.m. The event is open to the public. ARX Rallycross cars will be on display, and drivers will be available for a meet and greet and answer questions about ARX entering its second season in the U.S.

Mid-Ohio Sports Car Course offers an exceptional family value. Children 12 and under are admitted free (grandstands excluded) when accompanied by a ticketed adult, plus free parking is available. Weekend General Admission is $60 and Grandstand seating is $80 ($5 additional for tickets purchased at the gate.). Garage access is free for all spectators during the Cooper Tires ARX of Mid-Ohio to get an up-close view of the cars and drivers. Visit midohio.com or call 419-884-4000, 8:30 a.m.-5 p.m. ET, to purchase tickets in advance.