Mansfield is a place whose personality, present and future, cannot be separated from its past. To truly know this city, you must first get acquainted with its history because Mansfield’s roots run deep and wide.

The Wellspring of Richland County

Mansfield is the heart of Richland County and home to both a literal and metaphorical wellspring — a city that sprang up from nothing but forested wilderness on the American frontier. In 1808, the city’s founders chose an unusual spot to settle: a picturesque hilltop flanked by forks of the Mohican River. For settlers, a water source was often the primary factor for choosing a location to put down roots. Most settled in locations near rivers, but this hilltop had a unique water source and high elevation which made it quite preferable to the mosquito-plagued lowlands of the Black Fork River. The Big Spring, a natural spring an easy walk from the square (now Mansfield’s Central Park), provided early Mansfielders with an endless supply of cool water straight from the earth for the necessities of life of the frontier.

With advances in technology, other sources of water like cisterns became available for cooking and cleaning. When it was no longer need for the necessities of daily life, the waters of The Big Spring gave life to Mansfield’s first industry: Brewing and Bottling. You can learn more about the history of Mansfield’s Brewers and Bottlers at the Mansfield Memorial Museum. Today, you can even see the physical roots left by the history of Mansfield’s brewing industry. Man-made caverns were discovered underground during the refurbishment of Hudson & Essex and Cypress Hill Winery, a fine dining & winery destination just a stone’s throw from the former location of The Big Spring at the corner of North Diamond and Temple Court. These caverns were identified as a cold cellar for the storage of beer and have now been turned into a rentable event space below Hudson & Essex. Just down the street, The Phoenix Brewing Company carries on the tradition of Mansfield brewers in the historic building of a former mortuary. In Mansfield’s former brewery district, you will find even more shopping, dining, and attractions such as Martini’s, The Warehouse Tavern, Swavory, Axe Social Lounge, and The Brickyard, an outdoor concert venue. 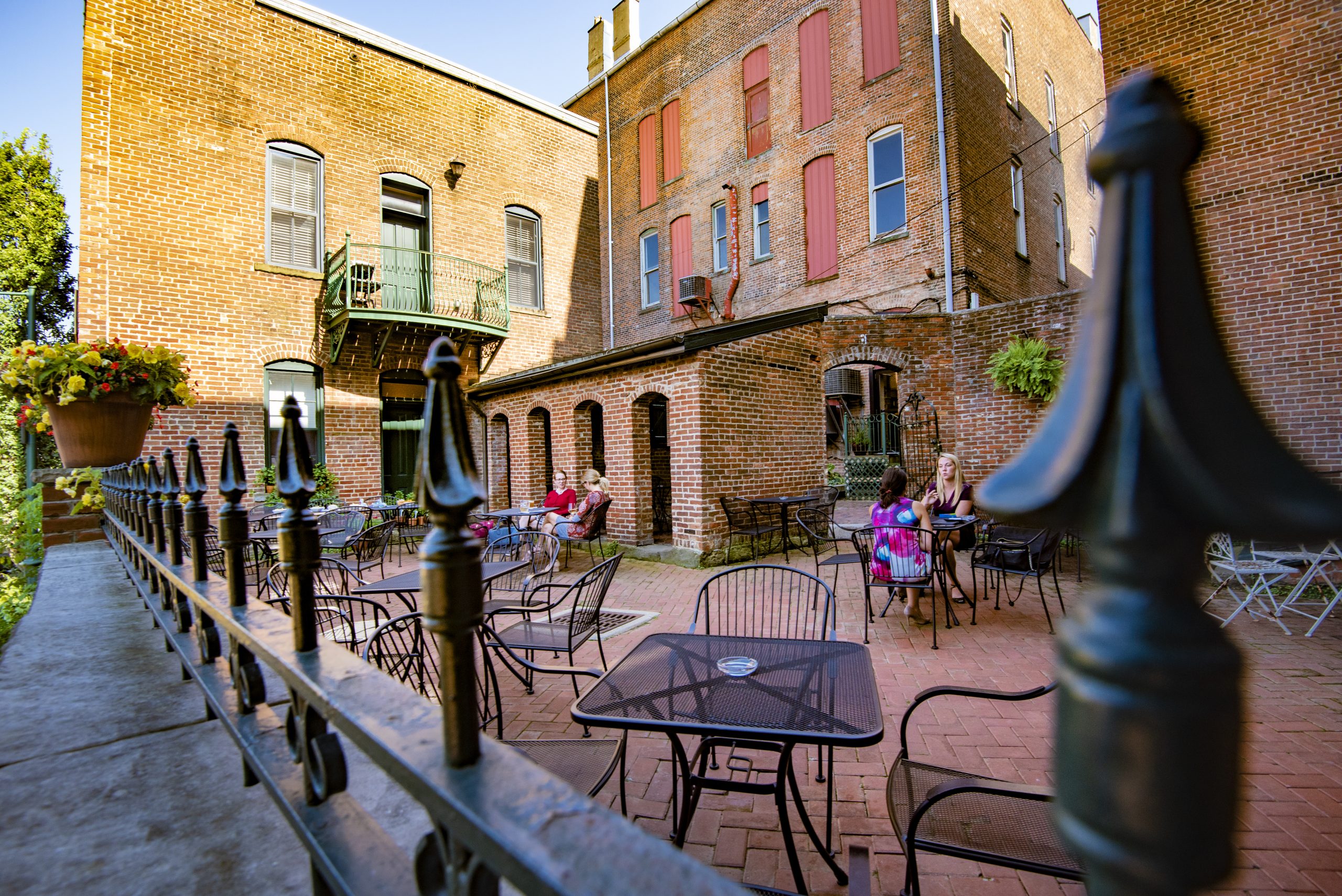 From then on, Mansfield became a city of industry and a city of firsts! Here, the Tappan Stove Company created the first Microwave Oven for home use. Westinghouse Electric Corporation created appliances for homes across America and wowed audiences at the 1939 New York World’s Fair with Elektro, a 7-foot-tall humanoid robot who could walk, talk, and even smoke a cigarette. Elektro, America’s first robot, was almost lost to history until he was discovered in storage. He now stands proudly on display at the Mansfield Memorial Museum. The industrial history of Mansfield and Richland County will soon be immortalized in the North Central Ohio Industrial Museum, which will be located at the Ohio State Reformatory.

Want to see more history for yourself? The Ohio State Reformatory must be your first stop in the area. This castle-like prison is a sight to behold: architecturally stunning, full of history, and the filming site of notable films such as the #1 movie of all time (IMDB), The Shawshank Redemption and Air Force One. To see a reproduction of downtown Mansfield as it once was at the turn of the 19th century, visit the Mansfield Fire Museum, a museum of firefighting history. Both the Reformatory and the Mansfield Fire Museum are places where history doesn’t just stay in the past, it haunts the very halls to this day. These locations are notorious for their paranormal activity. Book a paranormal investigation and search for your own encounter with the spirits of Mansfield’s past. Haunted Mansfield: The Haunted Capital of Ohio. 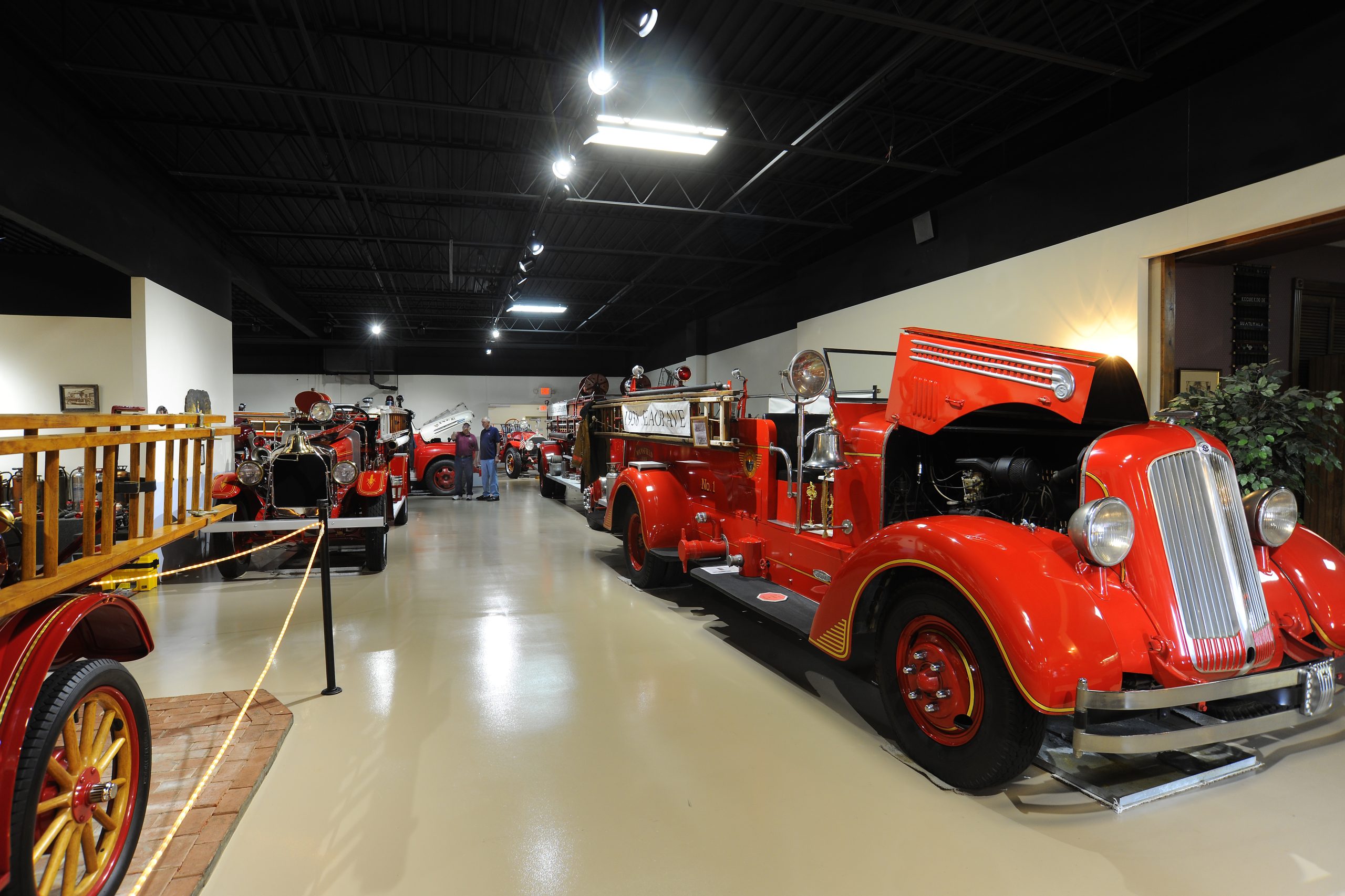 The roots of local industrialist and former President and Chairman of the Board of the Ohio Brass Company, Charles Kelley King, can be seen in the exquisite gardens at Kingwood Center Gardens, a must-visit for horticulture enthusiasts. When King passed away, he placed his estate with its expansive gardens into a trust so his legacy would live on in the form of a public garden. Families will love to explore diverse gardens, the French-Provincial mansion built in 1926, Kingwood Hall, and play in the peacock playhouse. You can even take home some plants of your own from the Garden Shop. Kingwood has grown in 2020 with the opening of the Garden Gateway Visitor Center which includes a gift shop, café, exhibit gallery, and event space.

Railways were an essential resource to industry and during the 19th century they were carved all across our landscape. After it fell out of use, the old B&O line was converted into a paved, 18.4-mile trail that connects the communities Mansfield to Lexington, Bellville, and Butler. Run, walk, or bike the B&O Bike Trail and explore the gorgeous landscape of Richland County.

Step back in time at Oak Hill Cottage, a living time capsule of the Victorian era and a Gothic Revival architectural landmark, and centerpiece to the book, The Green Bay Tree by local author Louis Bromfield. Catch a performance at the Mansfield Playhouse, the oldest continuously producing community theater in Ohio. The Playhouse as been putting on shows since 1929. Open since 1987, BibleWalk, the largest biblical wax museum in the United States, opened its sixth tour in 2020. These six tours bring the Bible to life through over 100 dioramas with special effects and audio text.

Enjoy the delights of a simpler time! A local icon, the Richland Carrousel Park opened in 1991. It was the first new hand-carved carrousel to be built and operated in the United States since the 1930’s. For timeless eats, try everything from the Coney Island Diner to Skyway East. This American restaurant serves over 85 entrees with low lighting, white tablecloths, fresh roses, and a 100-bottle wine list. More local dining.

Shaping the future of Mansfield

Like our industrious ancestors, Mansfield is still filled with people dedicated to the wellspring of new ideas and building for the next generation. Exciting new projects around Mansfield are in the process of shaping the future of our city.

The Mansfield Art Center finished a major building project in 2020 that includes a new education wing with more classroom space and a hot shop for creating high-fire ceramics and glass art. The plans also include an outdoor event space with covered seating for performances, art shows, weddings, and more.

Many regional projects focus on making the future of Mansfield accessible by all. When the Mansfield YMCA set out to put in an outdoor water attraction, they wanted to create something that children of all abilities could enjoy. The YMCA Splash Pad Park is the first of its kind, a fully inclusive splash pad with sound, light, and water features tailored to all levels of ability. The Ohio Bird Sanctuary is working to build a fully-inclusive treehouse classroom with Nelson Treehouse & Supply, also formerly known as The Treehouse Masters on Animal Planet. The barrier-free treehouse classroom will expand outdoor educational opportunities for all our visitors including individuals with disabilities that require the use of a wheelchair for mobility. The bridge to the treehouse will begin at ground level at the field classroom and extend across a spring-fed tributary stream to a sycamore tree. As the terrain descends into the forest habitat, visitors rise into the treetops. The Ohio Bird Sanctuary is a great place to visit for families. See birds of prey up close, walk through the songbird aviary, or hike through old growth forests. More local recreation. 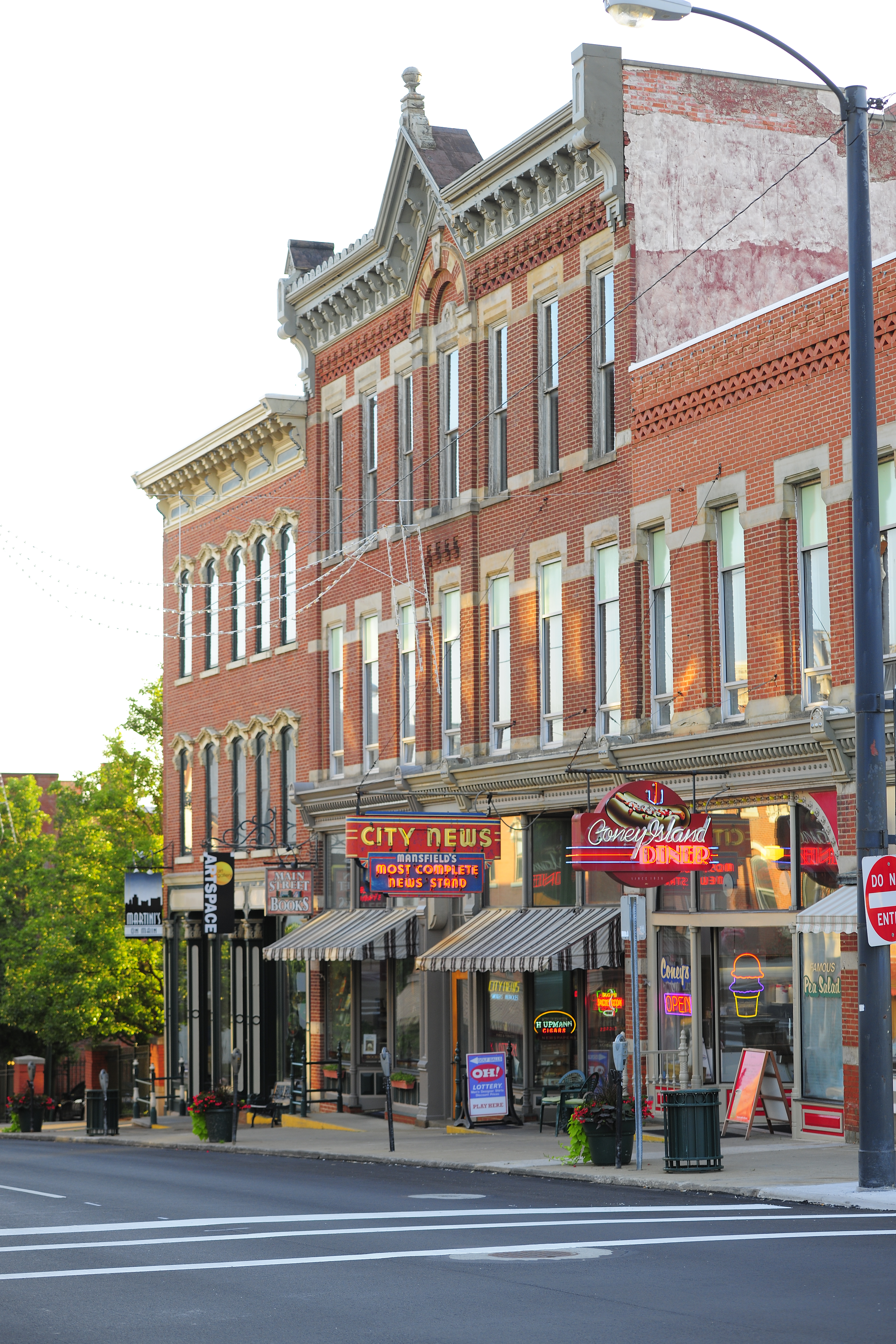 Downtown Mansfield has been a major focus of The Mansfield Rising Project, a community-led initiative to revitalize the city. Get to know more about the new downtown Mansfield in this blog. There’s an energy of revitalization in the city which has sprung forth new ideas and innovative partnerships. A prime example of this is the creation of The Imagination District along Park Avenue West. The Imagination District formed through a never-before-seen partnership between Little Buckeye Children’s Museum and The Renaissance Performing Arts Association to create a dedicated area for arts, education, and beauty in downtown Mansfield. The city has long been a hub of art and entertainment in Richland County, but that hub will be centralized around the Renaissance Theatre, an outdoor plaza, Theatre 166, and the new location of Little Buckeye Children’s Museum.

The Richland County Park District’s Gorman Nature Center features over five miles of trails through 150 acres of forests, prairies, ponds, and streams. Take a picnic lunch, or skip the prep and purchase a bag lunch Doc’s Deli on your way there. Doc’s offers a selection of delicious sandwiches, made-from-scratch soups, and salads.

Take a Bit of Mansfield Home with You

Shopping destinations throughout the Mansfield area include Alta Florist & Greenhouse for plants, florals, and gifts. The greenhouse is known for its extensive selection of perennials and tropical house plants. At Alpaca Meadows, discover the charm of alpacas and fiber arts, tour the small working family farm, and shop for handmade alpaca gifts at the farm store.

Pumpkin Seed Market Co is a general store and then some with everything from Amish baked goods to an award-winning deli to bent-and-dent groceries. Shop Wayne’s Country Market for fresh produce year-round. Stop by the seasonal garden center in the spring and summer, or Octoberfest in the fall for lots of free family fun.

What roots will you discover in Mansfield, Ohio? Will you explore local history? What ideas will you take home with you? Book your stay at a Bed & Breakfast, an Airbnb, or your favorite brand of hotel.

Mansfield Statistics from JobsOhio as of 2018